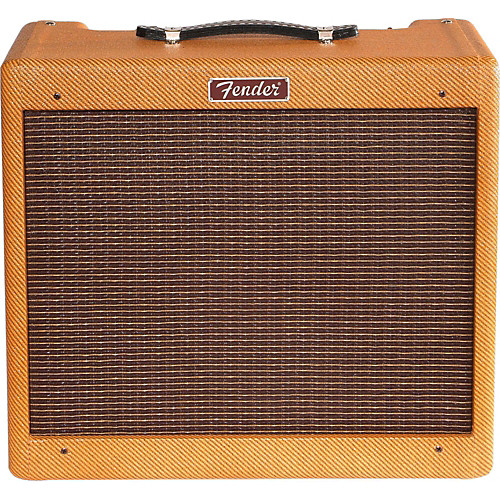 This is the guitar amp that I am using for my live at the moment. It's a Fender Blues Junior. This amp is only 15 watts but incredibly loud. The cabinet has a tweed style covering which has been lacquered to give it a vintage look. It is Fitted with a Jensen 1 x 12 inch speaker though you can also get them with a Celestion speaker too. It's that classic Fender tone.

This guitar is stunning and I want it so badly. It is a one off and the price tag would be a little out of my range but I can dream. 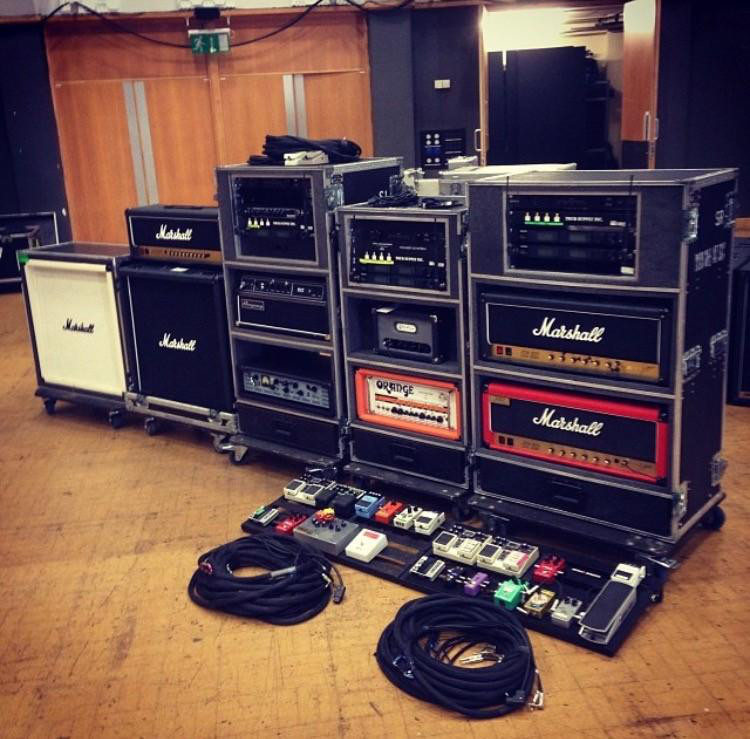 A great picture is this one. Check out the Marshall JCM 800 in red vinyl. Now that is what I call a classic look. I want it !!!!

I Want Them All →  Stunning Gibson Les Pauls 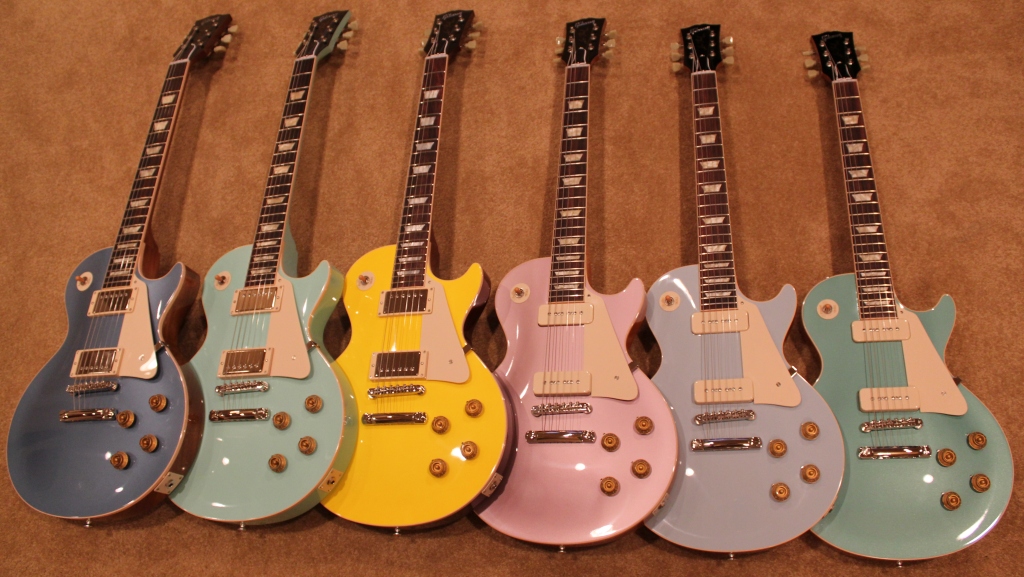 Check out these stunning Gibson Les Pauls. Which one would you choose? All six please.

Get Noticed With This Guitar →  Gibson Nitrous Les Paul Studio 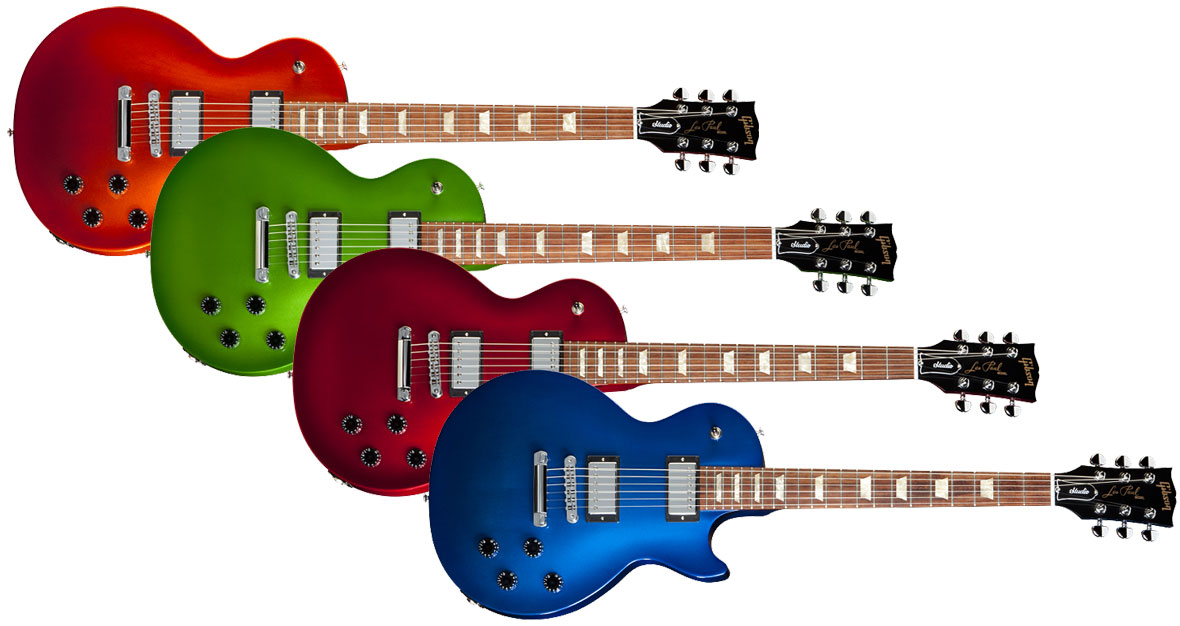 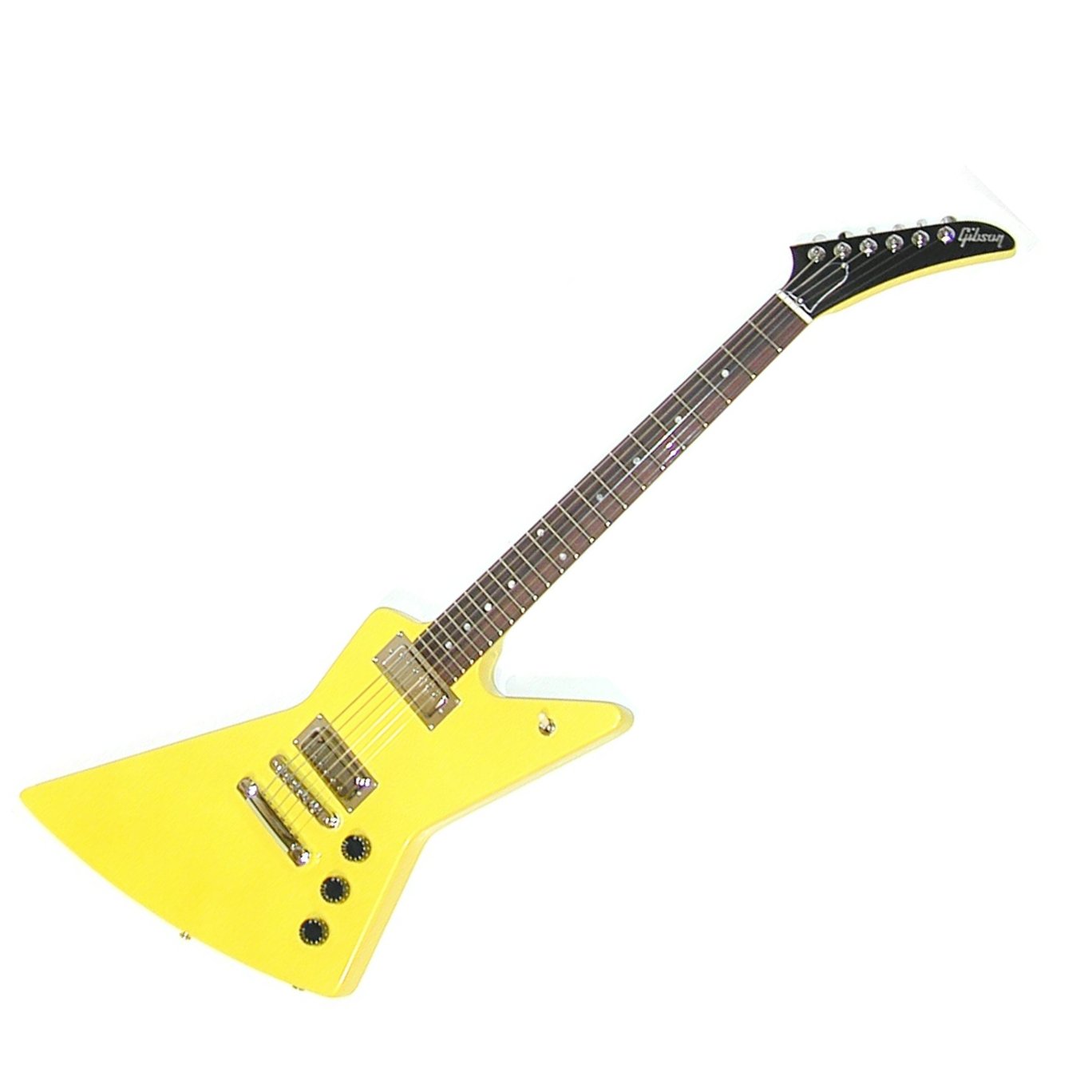 Here is a stunning Gibson X-Plorer Studio. Note the spelling "X-Plorer". These guitars were only made for a year or so around 2003 - 2004 and they came in five colours. They also made a model with a Swamp Ash body. The colours are all Metallic and are red, blue, green, coppertone and yellow which you can see in the picture. The dimensions of the body are 10% smaller than a normal Gibson Explorer. They are lightweight and the body is made of Basswood.

Now here is a bog standard no nonsense guitar A Gibson 70s Tribute Firebird Studio. I have one of these and I use it mainly for my teaching work. It is light ans a great tone. This guitar has a baked maple fingerboard which the purists scorn and criticize. But I can tell you It is one of the things that really makes this guitar a winner and I love maple. So I get a bright and punchy tone from the mini humbuckers and it plays like a dream. This 2011 model is now discontinued but the specs and info can still be found on the Gibson website here.

A stunning guitar with a very reasonable price tag. I recently played on of these guitars and very impressed by it. The surf foam green is a love hate colour. I love it and so does one of my students. Dave Cain dreams of owning one these guitars and I might be a tiny bit jealous if he gets one, but I won't tell him. 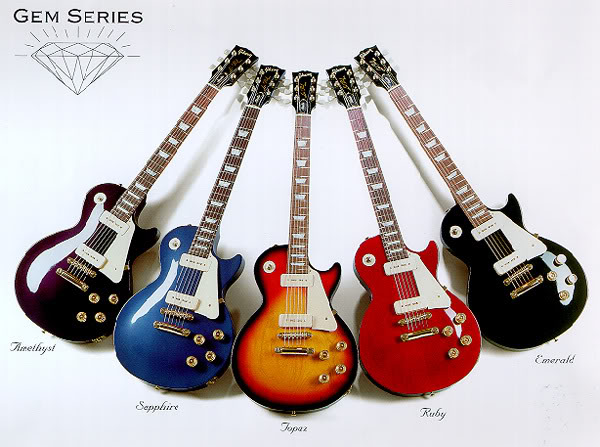 Now here is a blast from the past. The Gibson Les Paul Studio Gem Series. These stunning Les Paul's were made between 1996 and 1998. They were all named after gemstones and you can see the names of each guitar written in the picture representing each colour. These guitars have the classic P-90 pickups and they are powerful despite being single coils.